5 Ways to Reduce Candida Overgrowth In The Body

5 Ways to Reduce Candida Overgrowth In The Body

Candida is a fungus that resides in small amounts in the intestines and in the mouth to aid digestion. However, there is such a thing as too much candida, and an overgrowth of it can wreak havoc on the body. Some of the symptoms of candida overgrowth include digestive issues, allergies, and even depression. While reducing your sugar and processed food intake can help to curb candida, it can be challenging to stick to it. Fortunately, there are other natural methods you can try other than restricting your diet and taking antifungal medication. If you suspect you have candida overgrowth, try consuming these five things for reducing candida in the body.

Coconut oil consists of two types of properties that make it a great antifungal agent. The lauric acid and caprylic acid in coconut oil disrupt candida growth by puncturing the yeast cells, which leads to their death. It is recommended that you either ingest coconut oil directly off a teaspoon or cover your veggies in it if you have a difficult time swallowing the oil directly.

Garlic is made up of a sulfur-compound called allicin, which contains antifungal properties. To get the full benefit of treating your candida overgrowth with garlic, it is important to consume it raw. Mince a clove and add it to a salad or mix it with a little lemon juice and honey so that it is easier to stomach.

Cinnamon contains anti-inflammatory properties, which work similar to caprylic acid found in coconut oil to damage yeast cells. When consumed regularly, cinnamon damages the cells that cause candida overgrowth and causes them to eventually die.

Consuming enough green vegetables a day will not only alkalize your body but also boost your immune system and detox the body, which aids in killing off excessive candida. The alkalizing effects of green veggies fight against the acidity of yeast. Make sure to get at least 5-6 servings a day. If you have a hard time eating so many vegetables, try a green juice.

Before incorporating anything new to your diet, it is important to consult with your healthcare provider.

5 Vegetarian Restaurants To Try In Toronto

5 Tips For A Healthy Heart 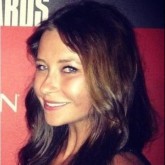 6 Ways to Stay Motivated About Your Exercise Routine

How to Boxercise Your Way to Weight-Loss